When VW agreed to give us a 2020 Volkswagen Atlas Cross Sport SEL for a few months, we were excited. Among many things, the Cross Sport is a good-looking, rugged two-row crossover based on an already well-selling model for VW, the traditional three-row Atlas. Now on the back end of our loan, after some road trips, comparisons, and thousands of miles on the odometer, we still like the Cross Sport – we’re just not convinced that it’s the best option for the money.

At least not our top of the line V6 SEL Premium trim with all-wheel drive. It starts at $48,095 and adding our car’s $395 Aurora red metallic paint, $105 rubber floor mats, and $365 crossbars along with the $1,020 destination charge brings the MSRP to $49,980. In fairness, the car is loaded with great features like the 10.2-inch digital instrument cluster, heated/ventilated front seats, surround-view camera for parking, and wireless charging. But we think a lower-spec model, with the standard four-cylinder, would more than do the job. It’s been a great few months of adventuring with the Cross Sport. Here are our final thoughts. 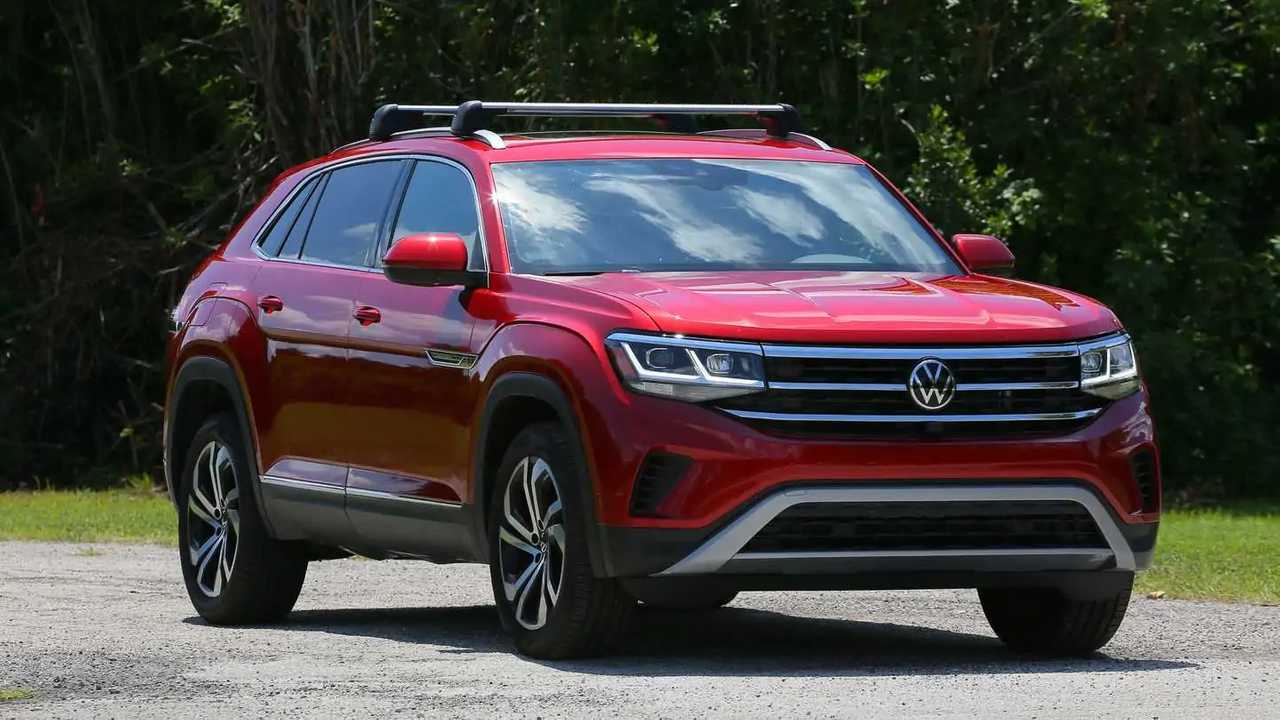 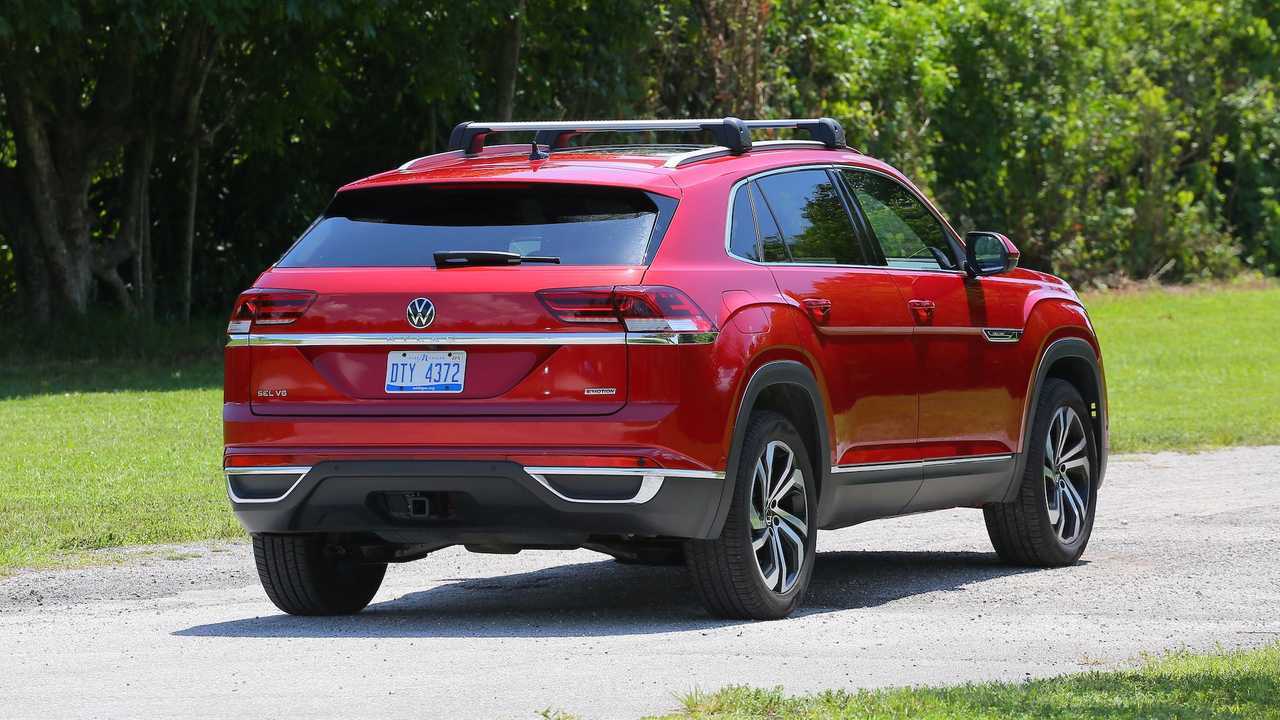 When I wrote my initial road trip review of this car, I was taken aback by how big it is. The Cross Sport keeps the three-row Atlas’s 117.3-inch wheelbase but ditches the last row of chairs. The result is a mass of space in both the back seats and the trunk. There are 40.3 cubic inches of space in the caboose, which is plenty. I regularly packed it with suitcases, groceries, and everything in between. This thing can knock out even the gnarliest of Costco runs, and if not, you can always fold down the second row to get 77.8 cubes of space.
This car’s real secret is the second row of seats, which is the best place to be. With 40.4 inches of legroom, there is tons of space to stretch out. We also fell in love with the rear seat heating function and panoramic roof, which stretches completely over the middle bench. Some crossovers tend to phone it in with the back row, but the Atlas really does it well.

This thing can knock out even the gnarliest of Costco runs, and if not, you can always fold down the second row to get 77.8 cubes of space.

What grew on me most over time, though, is this big boy’s exterior design. It’s not for everyone, but the truth is that most people like a rugged look and the Cross Sport nails it. Especially with the factory crossbars that we threw on, the Atlas strikes just the right tone for the sporting type that Volkswagen wants to buy this car. If you really wanna spice things, maybe opt for the R-Line, which brings a much more elegant wheel design.
And while I appreciated all of the content that came with our well-optioned tester –the ventilated seats, the Fender audio system, and the panoramic roof included – look beyond the nice features and the bones of this cabin feel cheap. 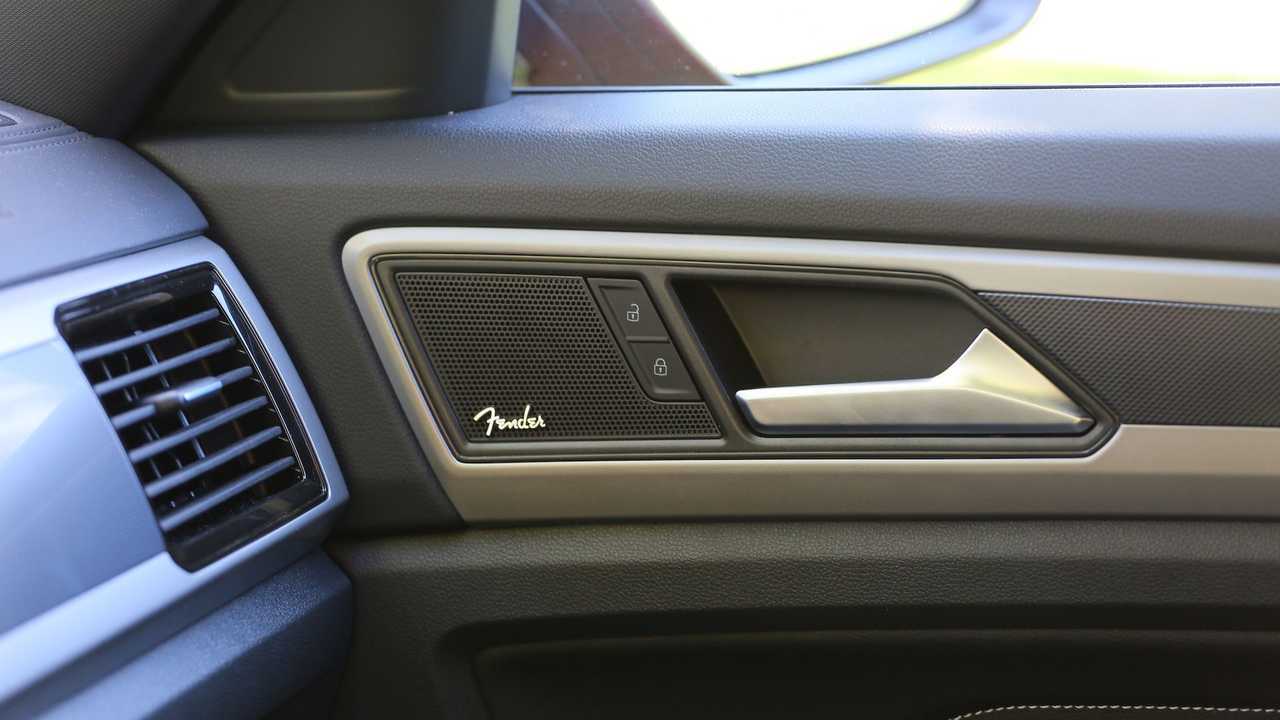 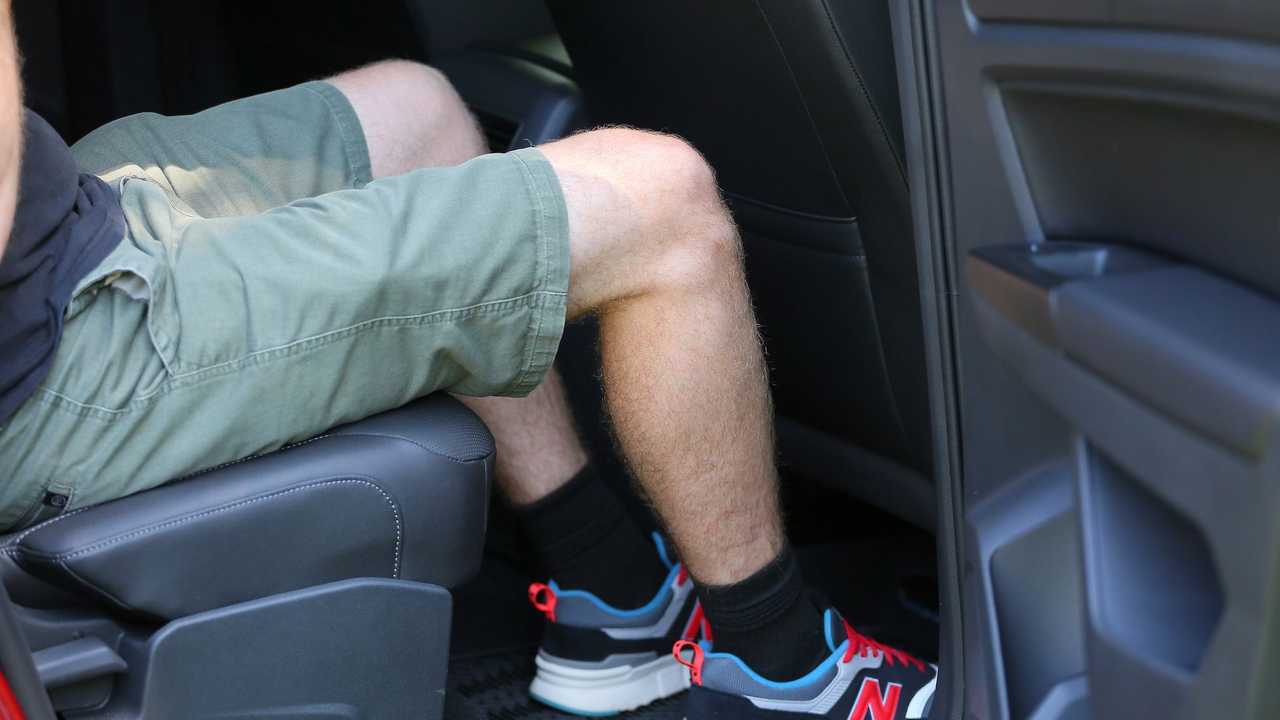 Stretching from the center console to the passenger door is a huge piece of hard, thin plastic that sounds like Tupperware if you tap on it. The rest of the dash consists of hard materials, too, making it all feel closer to thirty grand than fifty grand. After hours behind the wheel, the seats provided less support than I would’ve liked – they’re the type of chairs that you sit on, and not in.
And after spending enough time with the upgraded V6, I don’t think it warrants the extra money. It’s good for 276 horsepower and 266 pound-feet of torque, but the standard 2.0-liter four-cylinder is good for 235 hp and 258 lb-ft. The bigger engine costs $9,000 and doesn’t do nearly enough to justify the money. Stick with the four-cylinder and take the slightly improved fuel efficiency with it.

As for the rest of the car, the driving experience is pretty dull. Nobody is asking for their crossover to be a dynamo on the road, but VW is a company that knows how to make a car drive well. The Cross Sport’s steering is remarkably overboosted, so much so that it’s hard to figure out the right amount of steering input to add. Credit where it’s due, though: The suspension is well-damped and does a good job of hiding icky bits of road. Even so, I’d prefer to drive something like a Honda Passport every day, over this.
Add all of this together and I think the Cross Sport is a compelling enough crossover, just not at this price tag. A four-cylinder model with basically the same equipment and all-wheel drive starts at $41,445. At that money, I’m much more of a believer. 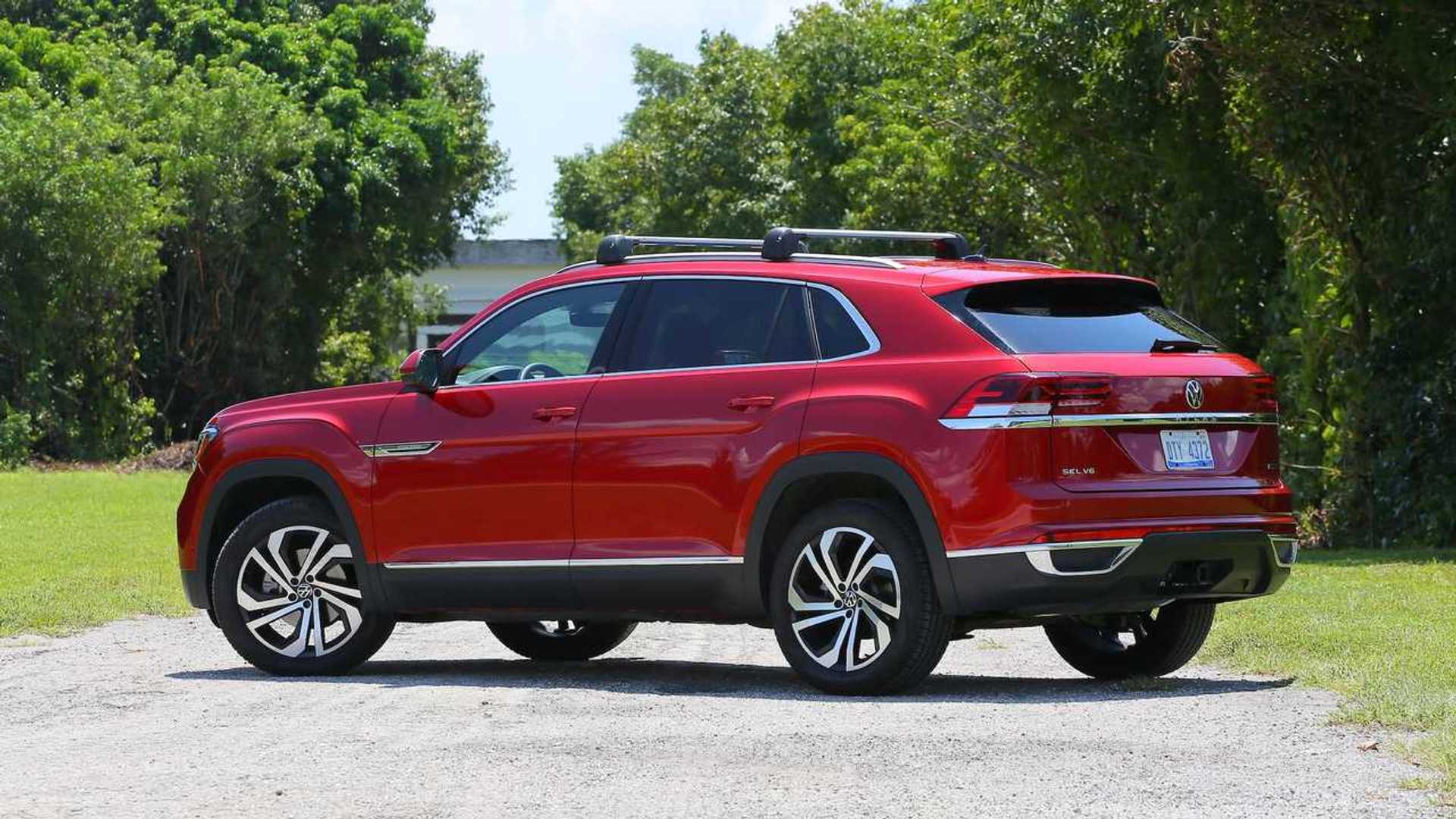 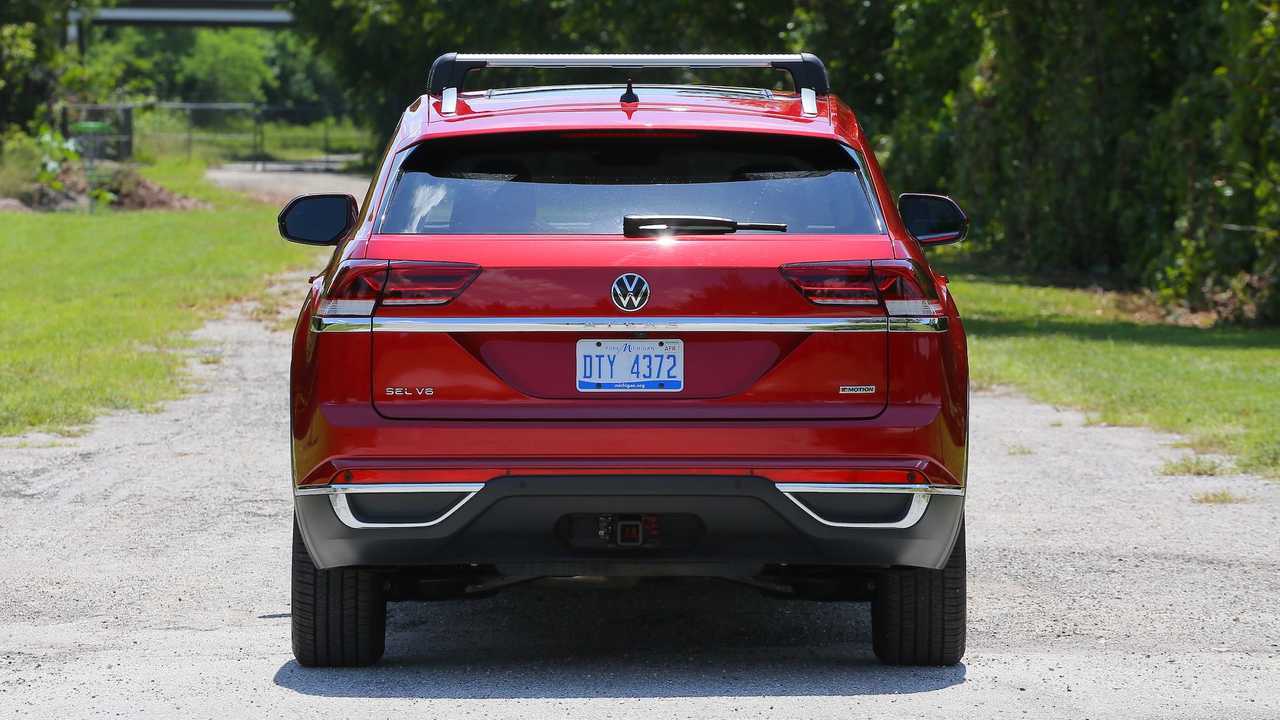 Clint and I seem to agree when it comes to what we liked and what we didn't like during our time with the Volkswagen Atlas Cross Sport… apart from the way it looks. After putting the Cross Sport and the traditional Atlas side by side, I lean toward the larger three-row Atlas visually, though neither of them are outright attractive to my eye. That said, we both loved the amount of space available inside the Atlas Cross Sport.
Since it loses the traditional Atlas' third-row but retains its siblings 117.3-inch wheelbase, the Atlas Cross Sport has a ton of cargo room. Seriously, pop the rear hatch and there's a New York City-sized studio apartment back there. With 40.3 cubic feet of space behind the second row, and the ability to add an additional 37.5 cubic feet on top of that with the second row folded flat (78.8 cubic feet total), the Atlas Cross Sport is a capable hauler. And as Clint mentioned, second-row legroom is sublime – there's an impressive 40.4 inches of space to stretch out in the back seat.

The problem with the Atlas Cross Sport is how cheap it feels, especially in the cabin. Hard plastics litter the interior, the leather on the front seats could have fooled me for fake cowhide, and even the doors close with a cheap-sounding rattle. For a crossover that costs $49,510 as tested, that's borderline unacceptable, especially when knowing that traditional Atlas alternatives like the Kia Telluride, Hyundai Palisade, Ford Explorer, and a few others feel much nicer than the VW inside. 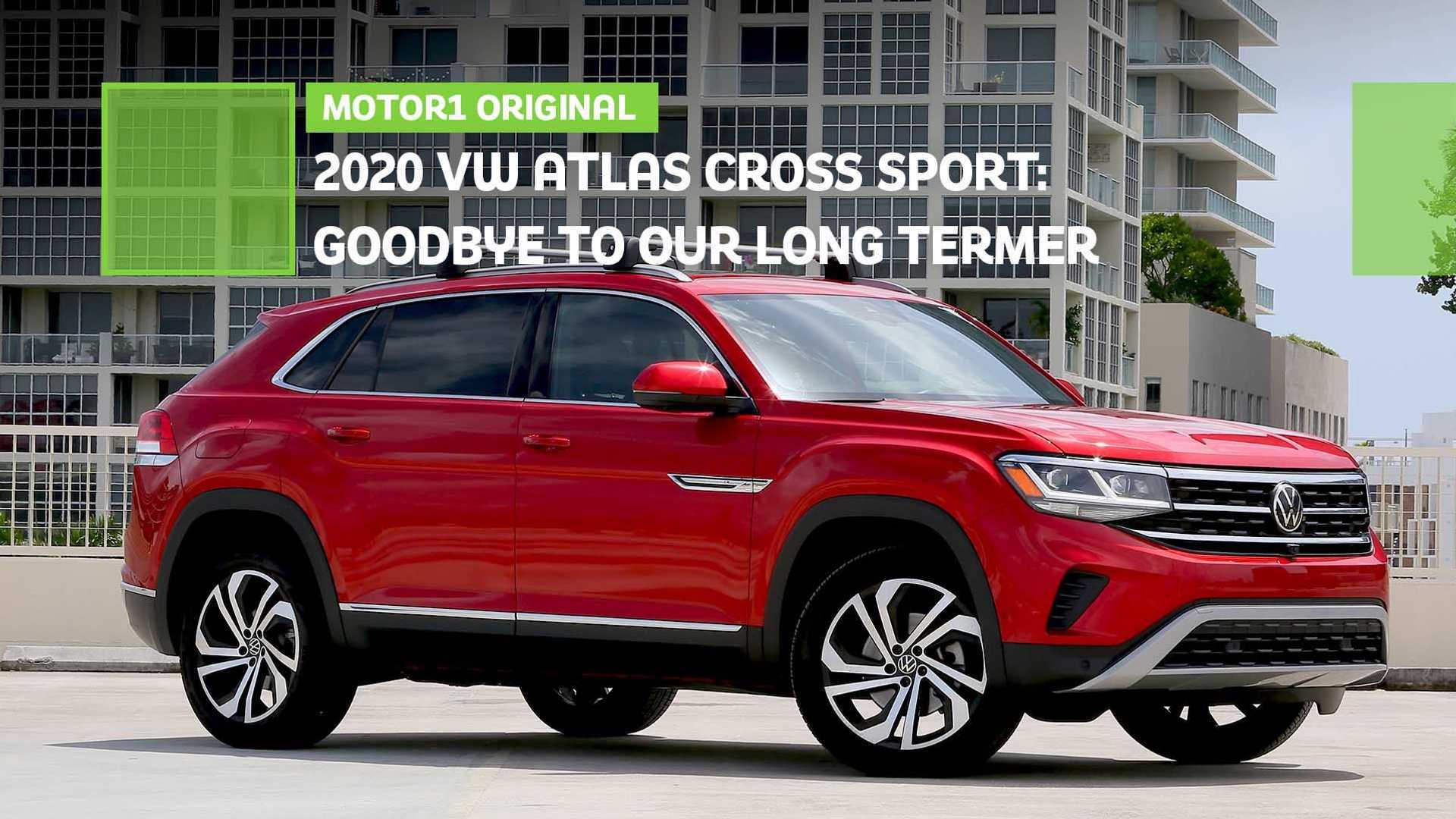 After months of testing, we say goodbye to our 2020 Volkswagen Atlas Cross Sport SEL, which is a good crossover, but not the best option for the money. 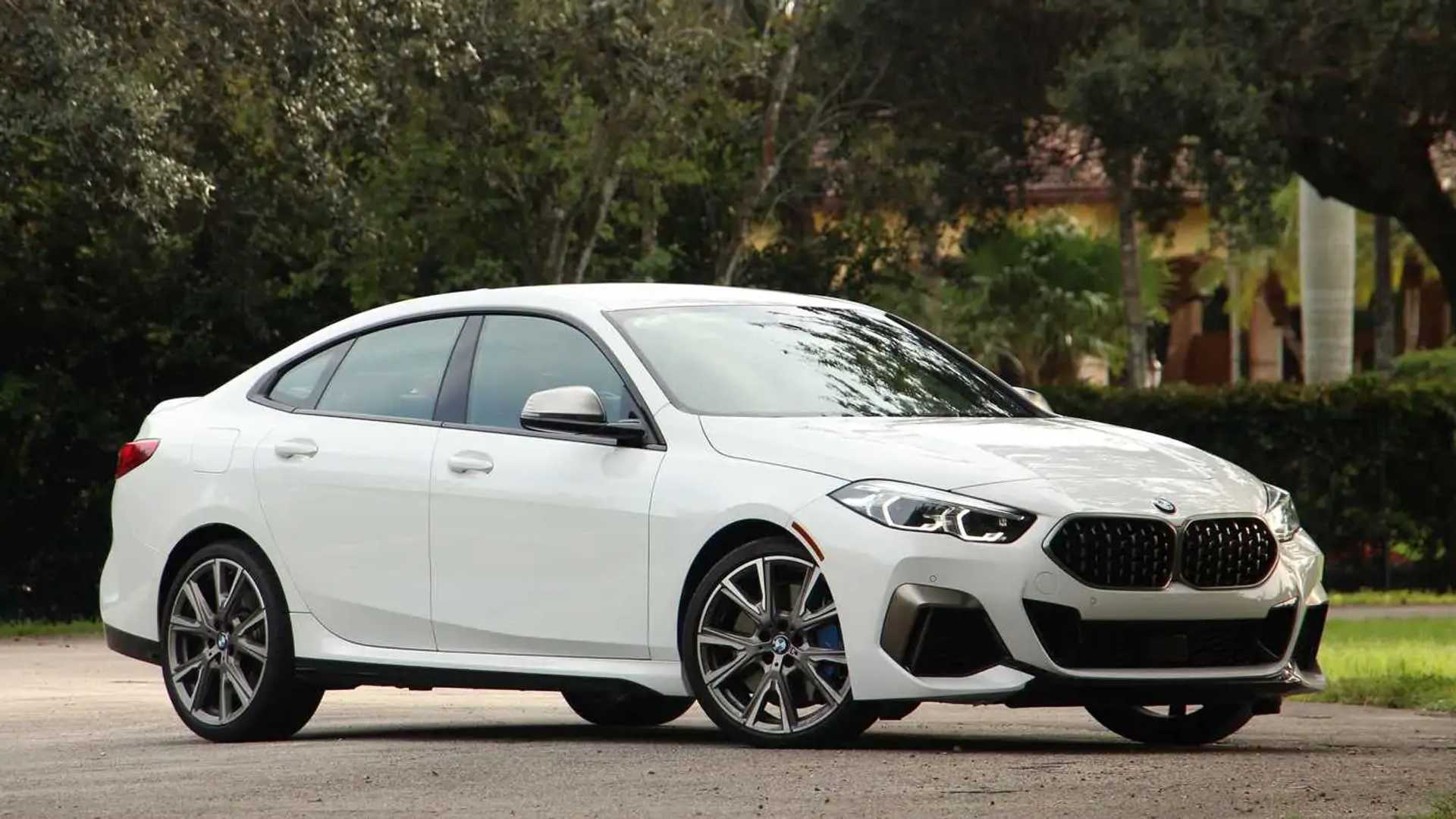 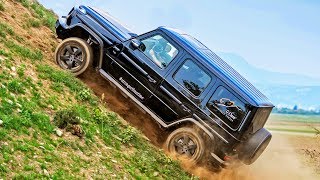 Watch now the G-Class Experience Center, where customers from all over the world can test the impressive skills of the off-road icon in extreme terrain no... 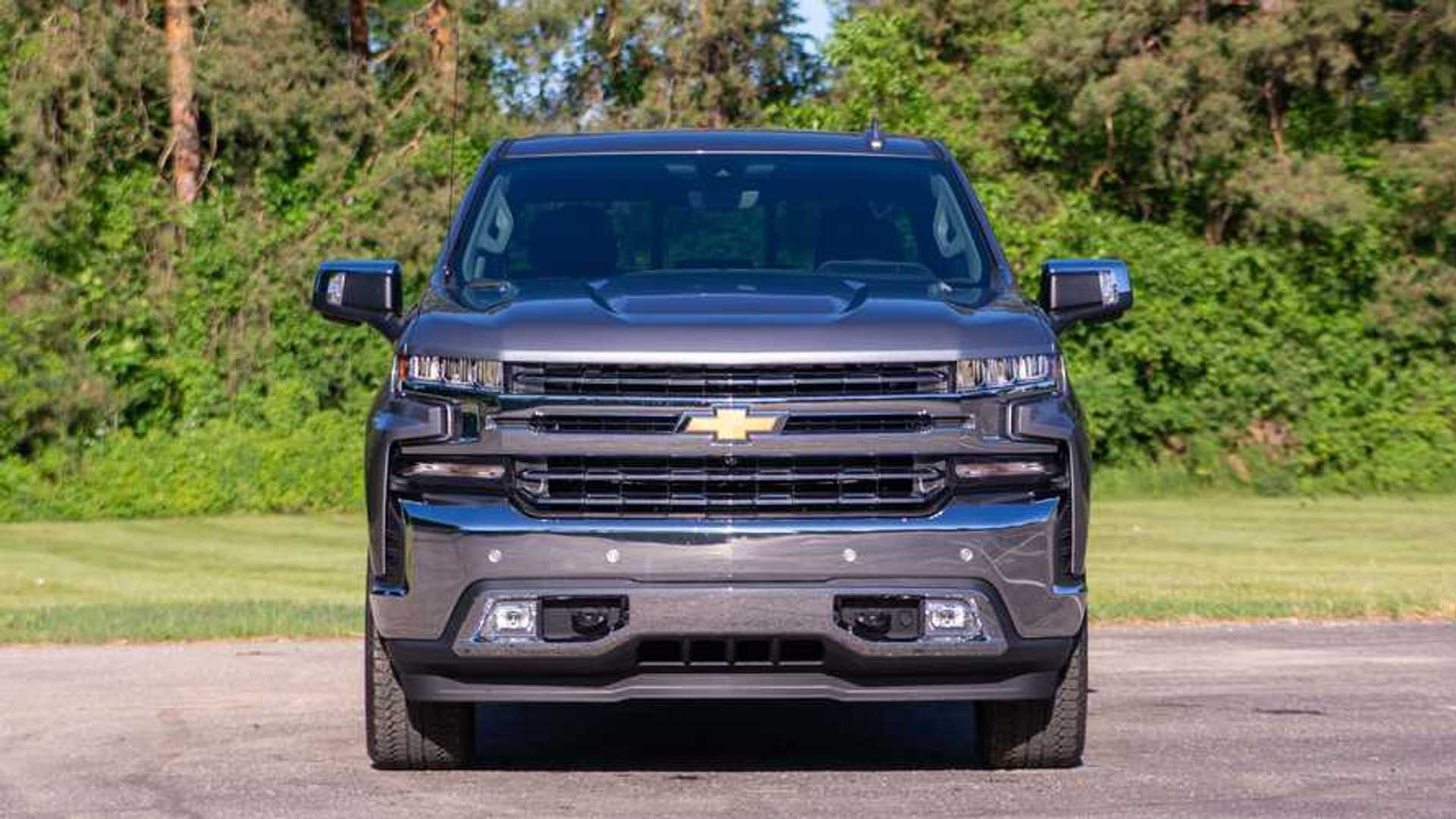 A diesel doesn’t solve the Silverado’s many ills, but everyday driving is a bit better. VERDICT 6.1/10 We’ve been hard on the Chevrolet Silverado. A well-eng...